What Should You Know When Moving to Oregon?

Welcome to Oregon
Perhaps you recently experienced a job change, or maybe you’re simply seeking something different and have decided to make a move. If your final stop is Oregon, you’re not alone, since it’s a common destination. 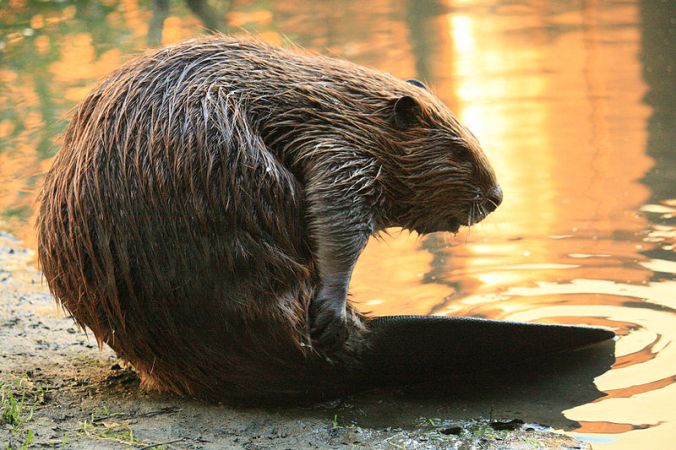 Oregon is Known as the ‘Beaver State’

But Why Oregon?
You might have heard about Oregon’s livability (having three of the top 50 places to live in a survey of 2018 Top 100 Best Places to Live). You could also be enticed by the Beaver State’s reputed natural beauty, or perhaps you enjoy outdoor activities, since fishing, hunting, skiing, kayaking, surfing and bicycling are all popular here. Is four wheeling, or maybe dune buggies your thing? They’re here, too. But what else is to be found in Oregon? And what’s it like to actually live here? Is there anything helpful to know before showing up upon arriving in Oregon with a filled U-Haul truck? Plus, why do most people move to Oregon and might you ‘fit in’ here? Find out more, in this edition of the Oregon Real Estate Podcast.

Click the ‘play’ button above to hear this new podcast episode.

While beautiful, Cardinals are one thing you won’t typically find in Oregon

First, What You Won’t Find in Oregon
If you’re interested in the Oregon state flower, song or bird, you can find information on state symbols here.  But those are each plentiful in the Beaver State. Similarly, there are some things you won’t typically find in Oregon. A few of these include the Cardinal, prolonged muggy weather and fireflies, also called lightning bugs.

Oregon Is Many States
Given its size and diverse geography, some have made the case that Oregon is really many states and this may help explain why there are different reasons people migrate here? After all, Oregon is 81 times larger than Rhode Island, more than twice the size of Ohio and even slightly bigger than the United Kingdom. So is it any wonder that reasons why Oregon is a draw to many can vary significantly? So on we now go, to ‘What to Know When Moving to Oregon.’

1. Zoning Laws Aplenty
Unlike places such as Houston, Texas, extensive zoning regulations exist in Oregon. Depending on where you live here, these regulations can be dictated from Metro (more on that in a minute), plus county, city and state bodies, plus of course, the federal government.

If one wonders why homes are expensive in parts of Oregon compared to other states, the seemingly endless patchwork of zoning regulations is pointed to by some as one reason. As a result, some ‘pushback’ to Oregon’s zoning regulations has occurred. A desire for property rights balance is exemplified by groups like Oregonians in Action a private property rights organization which has won some landmark legal cases, including all the way to the United States Supreme Court.

The Solution = Part of The Problem?
Starting in the 1970’s Oregon land use laws began to significantly restrict property rights. As with any regulation, adherents can point to the reasoning behind such laws. Besides, who doesn’t appreciate clean air and clean water, or not having a rendering plant located in the middle of a suburban neighborhood? So, many can agree that reasonable zoning laws can be a good thing. That said, if you’re concerned about private property rights, be aware that Oregon also has a record of significant overreach.

Exhibit A: ‘Metro’
Oregon’s Metro is an extra governmental layer of the type infrequently seen elsewhere. It’s a regional political confederation of sorts within Clackamas, Multnomah & Washington counties. Metro wields power and has critics. Some ponder that if Metro’s format is so terrific, why hasn’t it been replicated en masse throughout the nation?

Part of the case against what some argue is greater Portland’s arbitrary urban growth boundary has to do with how such regulation affects supply and demand. For example, a desire by planners and politicians to stop ‘sprawl’ flies in the face what many others want, namely a nice home on some land, often a few acres. Zoning in many areas throughout Oregon effectively prevent dividing land, or building a home on acreage unless a current house already exists.

Supply & Demand
The consequences of Oregon’s land use restrictions cause some to question a land use system that may even contribute to less affordable housing. That’s because by limiting supply,  demand tends to rise. If one fights the Oregon system, high profile cases like the one involving elderly widow Dorothy English shine a light on what happens to some here who actually try to exercise their private property rights.

2. Bring Your Raincoat, Especially in Western Oregon
Depending on location, average rainfall in Oregon can vary widely. Despite the ‘webfoot’ reputation, in a national comparison, Oregon isn’t even close to some of the wettest states for precipitation. There’s a wide range of rain here, depending on where you live. For example, some coastal slopes have seen 200″ of annual precipitation, with parts of Eastern, Oregon practically bone dry at around 5″.

Where the Beaver State makes up for it is in the average annual number of rainfall days. In other words, while much of Oregon’s total rainfall isn’t very high, that portion of the calendar with precipitation is, with Portland coming in third nationally for highest annual number of rainfall days, after only Rochester and Buffalo, New York.  But one thing’s for certain. Whether you like it or not, rain is what helps to keep much of Oregon so green and clean. And since we have all four distinct seasons of Winter, Spring, Summer and Autumn, if you don’t like the weather, just wait a while. In Oregon, it’s bound to change before long!

3. Populations Here Are Concentrated
Oregon’s greatest population concentration is within the Willamette Valley, including cities like Eugene, Salem and Portland. Other larger Oregon municipalities include Gresham, Hillsboro, Beaverton, Bend, Medford, Springfield and Corvallis. With some exceptions, counties outside of the Willamette Valley tend to be among the less populous Oregon cities.

4. Realize That Non-Natives Outnumber Natives
As discussed here in this article, less than half of Oregonians were actually born here. For those moving to Oregon, the single largest percentage arrive from California. Close behind are Washington State and Idaho. There has been an ‘anti-Californian’ sentiment among some Oregonians, but it’s not as prevalent compared to decades past, when a greater percentage of Oregonians were native born. 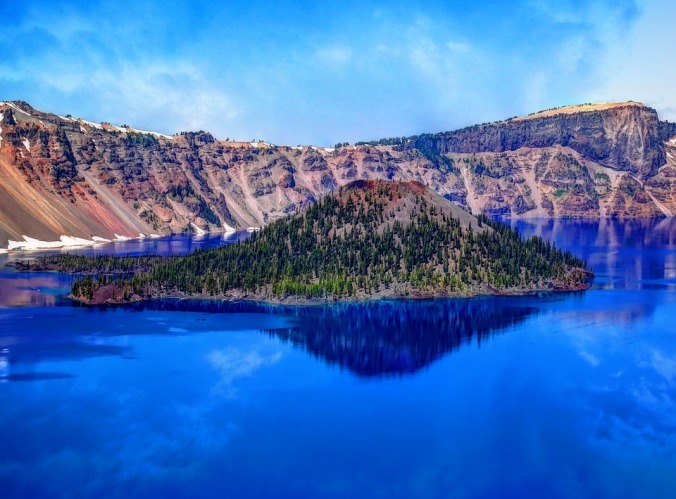 5. Prepare for Breathtaking, Diverse Beauty
Rivers, lakes, the Pacific Ocean, mountains, forests, deserts, valleys all contribute to the grandeur of Oregon’s breathtakingly diverse natural beauty. If you take the time to truly travel the state, one undeniable fact is that many places here are quite unique. 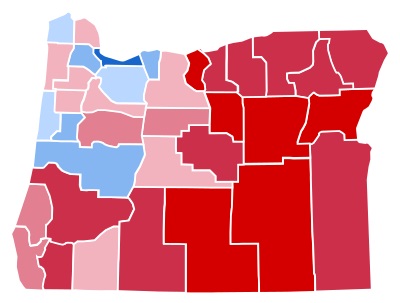 6. Prepare for Oregon’s Rural-Urban Divide
Given diverse economic interests and political beliefs dominating in various parts of the state, there are places throughout Oregon where you’re likely to feel right at home. Left-leaning voters will probably enjoy Portland. Conservatives tend to be more prevalent in more rural parts of the state. And suburbs throughout Oregon frequently tend to provide a mix from both spectrums. However, Oregon sports other significant political groups, including Independents and unaffiliated voters.

7. No Sales Tax
Oregonians don’t pay a sales tax, but they do pay plenty of other taxes, including a real estate property tax, plus a state income tax. Over the years, a sales tax has been placed on the ballot numerous times, with Oregonians consistently voting against it.

8. Pumping Your Own Gas is Uncommon
There are now laws allowing limited ‘self-service’ gasoline under certain situations, such as in rural counties, or by joining a ‘commercial fueling network’ like Cardlock or Pacific Pride. Otherwise, Oregon law generally prohibits pumping your own gas.

Thinking About Selling, or Moving to Oregon?
For a free consultation, contact Roy with Certified Realty, your Oregon Real Estate Podcast host and a 30 year Oregon real estate veteran. Use the convenient form below to contact Roy, or call 800-637-1950.